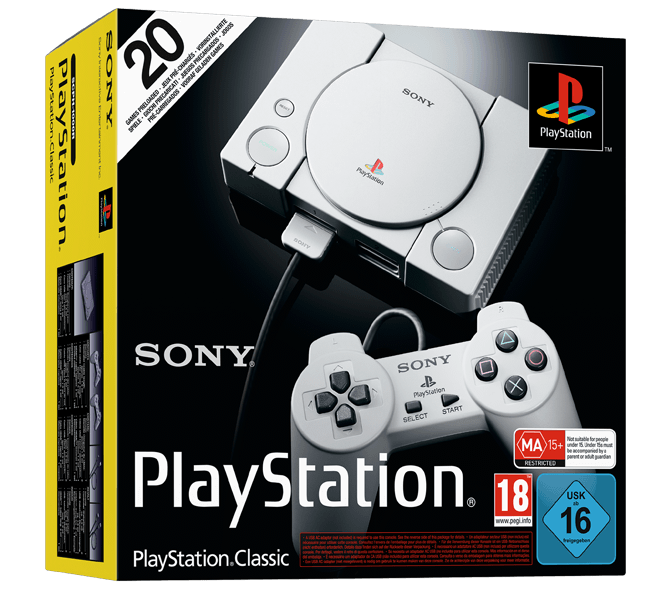 One of the most talked about gaming industry events in 2018 was the launch of Sony's PlayStation Classic in December. The new console was conceptualized as a homage to the original PlayStation One that was released in 1995 which lay the foundation for the dominance enjoyed by Sony Interactive Entertainment in console gaming ever since. Most industry experts noted that the move might have been influenced by the wildly successful launch of Nintendo's NES classic console earlier in the year, which showed that there is a market for re-imagined classic gaming consoles.

What do you get with the PS Classic?

For older gamers, what you get is a healthy dose of nostalgia as you enjoy the games that defined your childhood. For younger gamers, the PlayStation Classic lets you appreciate how much the gaming industry has evolved over the past two decades. What you actually get when you purchase the PS Classic is the console, two controllers that are identical to the original PlayStation one controllers, a virtual memory card, a USB charger and an HDMI cable. The classic console maintains the same design and aesthetics in the original PlayStation console but it is much smaller and lighter. It comes with 20 pre-installed games which include the cult classics: Grand Theft Auto (GTA), Metal Gear Solid, Tekken 3, Syphon Filter, and Final Fantasy VII. Sadly, you cannot download or install any other games on the console. This is unfortunate since other popular games such as Tomb Raider and Street Fighter are not included.

Is the PlayStation Classic worth it?

Yes, the PS classic delivers on its promises. It is a modern console that gives you the opportunity to enjoy the classic gameplay experience. The graphics are not much improved from the original 1995 quality. While this adds to the authenticity, most had hoped for a much improved visual interface