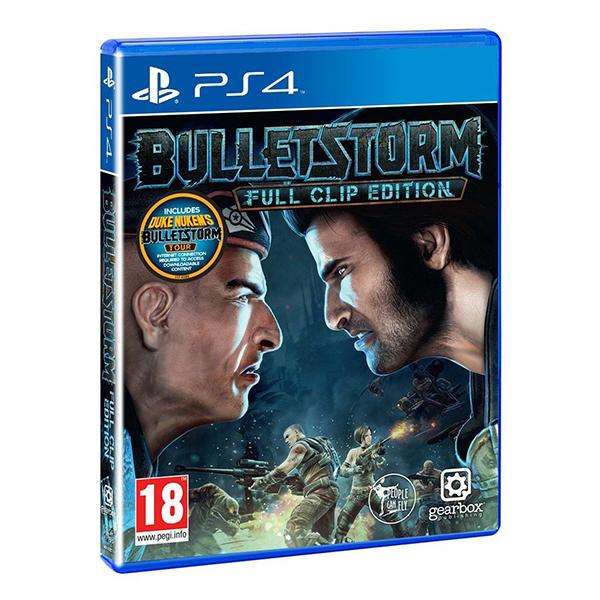 Bulletstorm games have always excelled in placing pure enjoyment at the forefront of their playing experience. With Bulletstorm Full Clip Edition, this is no exception. Developed by People Can Fly, the game represents an improvement on Bulletstorm released in 2011.

The video game includes all the existing Bulletstorm add-on as well as brand new contents that are exclusive to full clip. Players can choose between a single-player campaign or thirty different competitive challenges as well as 12 co-op multiplayer maps. Included are two new modes: an Overkill mode and an Echo mode consisting of 6 echo maps.

There is also an improved Skillshot system that rewards gamers for making a kill in the most creative way. A pre order bonus content was made available for those that pre ordered the game. This allowed players to play the game as Duke Nukem..

Grayson Hunt is the protagonist in this game. When he discover that he has been working for the bad guys, Grayson betrays his squad commander and gets banished to the island of Stygia (a tropical resort that has been overrun by herds of flesh-eating mutants).

Players take on the role of Hunt a few years after his exile. He always acts on impulse and fighting is the only way he forgets what had happened to him in the past. Extremely bitter and angry, he fights his way off the island teaming up with some strange partners, taking out his former employers.