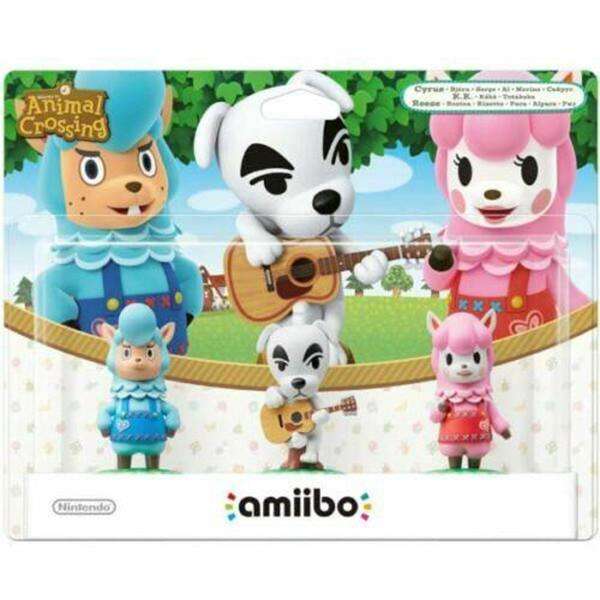 Cyrus is a blue alpaca and husband to Reese, and together they run the Re-Tail recycling center and shop in Animal Crossing: New Leaf. Bring him furniture you'd like to customize and he'll give you several options-change the color, make a music box, shrink fossils…just don't go making goo-goo eyes at Reese while you wait for him to finish his handiwork.

K.K. Slider is a wandering musician-who occasionally moonlights as DJ K.K.-from the Animal Crossing series. In Animal Crossing: New Leaf, you can request your favourite hit during his live concerts held every Saturday, and he'll give you a recording of the song to take home as a memento. The mayor's secretary, Isabelle, apparently has a big crush on him. Who could blame her?

Reese is a pink alpaca who runs the Re-Tail recycling shop along with her husband Cyrus in Animal Crossing: New Leaf. She sells all kinds of second-hand goods, so go to her if you want to get a good deal for last season's furniture or the prized beetles you caught on the island.

Touch, watch, and connect to your games Discover amiibo, a brand new way to interact with your favourite Nintendo characters and games. amiibo are a series of Nintendo character toys that interact with multiple games on the Nintendo Wii U and 3DS consoles. Data on the chip will be transferred into the game and used in a range of ways. As you play, your figure's data will also be updated, so keep playing to make your amiibo unique!